This agricultural population, the main producer of production, is unequally distributed spatially: maritime region 20.8%, plateaux region 31.1%, central region 12.2%, Kara region 16.1% and region savannahs 19.9%, according to the statistics of 2012.

Based mainly on cereals, fruits, vegetables, legumes, oilseeds, Togolese agriculture diversifies through its production but also the pairing of agriculture and livestock in places.

Several projects and programs have been put in place by the Togolese government to increase agricultural yields.

The most recent instrument, the Incentive Mechanism for Agricultural Financing (MIFA), launched in June 2018, is intended to increase the banking sector’s commitment to the agricultural sector by increasing the volume of loans and lowering interest rates. One million producers could benefit by 2021. The MIFA thus seeks to create optimal conditions for the mobilization of private financing, based on agricultural value chains.

By definition, the agropolis is “an area of ​​activity for agriculture or agroindustrial and logistics, which includes several players of varying size and technical and technological level, evolving on one or more targeted agricultural sectors.”

Axis 2 of the National Development Plan (PND) 2018-2022, relating to the development of agricultural, manufacturing and mining processing poles is devoted to agriculture and the establishment of agro-industrial processing units. It is this axis that refers to the project of creation of the agropoles.

Ten (10) agropoles of which three (3) are in the implementation phase, Oti, Haut Mono and Kara (pilot agropolis) are scheduled to be built in Togo in this quest for modernization of agriculture.

Estimated at about 64 billion FCFA and supported by the African Development Bank (ADB), the agropolis of Kara, whose implementation should be completed by the end of 2022, is the pilot phase of a project to structurally transform agriculture. Togolese with a focus on the export of processed products on the spot.

Implanted and active, agropoles will impact the achievement of food security by increasing agricultural production and distribution, contribute to poverty reduction by generating income from agro-industrial development and job creation. . Also, they will assist in the creation and development of agro-industries in rural areas and throughout the country by increasing domestic production, consumption and investment.

The institutional framework of these agropoles is managed by the Agency for Promotion and Development of Agropolises in Togo (APRODAT), created by decree taken in February 2018 and intended for the promotion in all its forms of agropoles.

The agropolis of Kara alone projects through its “Agroparc” the processing of 90,000 tons of rice per year, 15,000 tons of corn feeds and 10,000 tons of soybeans. While the annual processing level is envisaged at 10 000 tonnes for sesame, it should be 20 000 tonnes per year for the cashew nut.

Togolese agriculture now relies on the development, construction and equipment of “its” agropolises to find a place in the subregion and internationally. 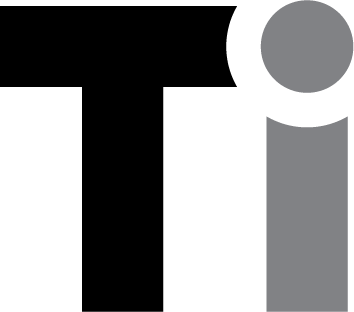 To become the strategic financial instrument of the togolese State capable of developping and leveraging sustainable investments with the aim to accelerate economic growth and to build a strong and dynamic economy for the wellbeing of the togolese population.

To lead in the development of strategic investments by and for the State in order to create value for Togo’s economy and its citizens.